While I was an engineer at Olympic Studios, my boss and mentor Keith Grant and I "starred" in a Cadbury's Drinking Chocolate Commercial that was shot in Studio One. The musical director was Dave Lee and the singer was Elaine Delmar. In order to make the chocolate drinks steam nicely for the film they decided to try an old trick - put very cold, gloopy, rancid milk in and cover the cups for a few minutes.

On removing the lids from the cups it has to be said that there was definitely a lovely spiral of steam emanated from each drink. However, this noxious, sickly gas then wafted up our respective noses!

Never has drinking chocolate smelt so appalling! We should all have been noimated for Oscars for smiling through the entire ordeal!

Whilst at Complete Video and China Blue I recorded and mixed literally thousands of commercials including Kellogg’s, MacDonald’s, Adidas, Nike, Cadbury, The Mirror, The People, Lion Bar, and Martini. ﻿ 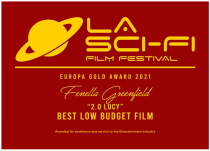